Private investigation firms are multiplying across the UK: As the technology used by undercover snoopers becomes cheaper and increasingly advanced, the practice continues to grow, with even town authorities using them to bypass privacy laws.

‘A CCTV camera for every 14 citizens’ is a widely cited statistic in the UK, despite exact numbers being difficult to calculate. However, surveillance takes on a much more human guise in the form of the private investigative units which have sprung up around the country.

Unlicensed and unregulated, anyone can adopt the title of ‘private investigator’ as they conduct covert surveillance operations.

“If I want to go out and do surveillance – I don’t have to get any authority from anybody if it’s ordinary surveillance one-to-one,” said James Harrison-Griffiths, a former police detective inspector.

Harrison-Griffiths aired concern over the potentially disastrous consequences of this loose policy:

But despite these fears, a variety of UK authorities have been using the firms to conduct operations against their own citizens.

There are an estimated 10,000 private investigators currently working in Britain, and the industry continues to grow.

“It’s moving from the shadows and onto the high streets as the cost of covert devices falls, more and more individuals are making use of surveillance gadgets, easily available,” RT correspondent Sara Firth said.

Private investigation firms employ a wide variety of people to carry out surveillance operations, leading Harrison-Griffiths to comment that surveillance in Britain is now just a

“way of life.” “It’s not difficult to make yourself invisible; it’s more difficult to be relaxed while you’re doing it,” said 21-year-old Olivia, who works at UK firm Answers Investigation. The firm has been known to employ girls as young as 16, who pose as teenagers doing school projects.

“When you first start, you’re always thinking oh my goodness, they know, I just know they know, but actually, they don’t,” Olivia explained.

“I’m just not suspected at all.” The availability of information – combined with ongoing fast-paced technological improvements in surveillance equipment that can be hidden in handbags and coffee cups – means that although the work requires a degree of analytical thinking and the covert tailing of individuals, some information-based operations are relatively easy to carry out.

Robert Venezia founded Venezia Investigative Services after a distinguished career as New York City Police Sergeant. As president of the firm, he analyses, coordinates and directs all investigations. 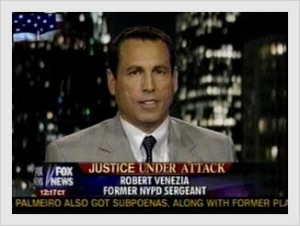 During Mr. Venezia’s lifetime of investigative work, he has established a worldwide network of professional investigators| from the law enforcement community and the business world. Mr. Venezia uses this vast resource of experience and knowledge in all of the investigations he coordinates.
Read More…. posted from :
http://rt.com/news/uk-private-investigators-covert-604/
Call us toll-free at (800) 215-9996